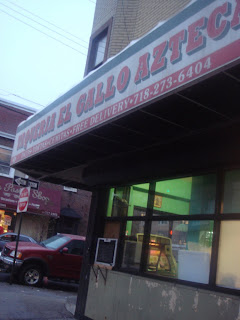 After you’ve taken in the World Cup draw and noticed that México has a strong chance of winning their group (beating France and South Africa); you might want to take advantage of the wonderful New York autumn days that are slipping away and hop on the Staten Island Ferry and make your way over to Shaolin, aka Staten Island.

At "Taqueria El Gallo Azteca," the portions are healthy. I ordered four tacos but two would have been enough. They have a different approach to their lengua tacos, the meat is sliced as opposed to shredded. I had a co-pilot that day, who enjoyed the salsa and the carne asada tacos, he gave it a thumbs up. As for pricing, $2 dollars a taco, good deal considering the portions are very healthy.

As for ambiance, it’s a no frills kind of place, they keep it real.

From St. George’s Terminal, walk down Bay Street and make a right on Victory. Or, take the train from the ferry terminal one stop to Tompkinsville and Tacos El Gallo Azteca is four blocks away. 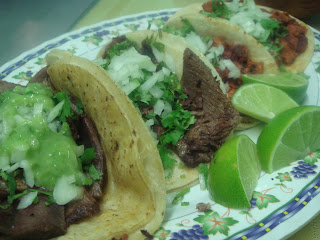 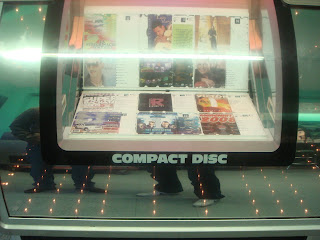